How to learn German 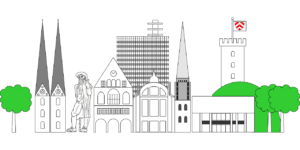 Bielefeld – “the city that does not really exist” In 1993, Achim Held published an article in an Internet forum in which he questioned the existence of Bielefeld.

What put the promoted computer scientist in the fun on the Internet, became probably the best known conspiracy theory of Germany. To this day this theory is often used to tease the inhabitants of Bielefeld. If you would like to convince yourself of the existence of Bielefeld and at the same time take the chance to study at one of the best universities in Germany, you should read on!

Bielefeld has three prestigious colleges, where you can complete a degree in various disciplines. For example, there is

The Fachhochschule of the middle class

please fill up fields below

What Makes a Great Teacher?

Best Ways to Immerse in a Language

Learn to speak German with these 10 tips and become fluent

Ready To Get Your German Up To The Stars?